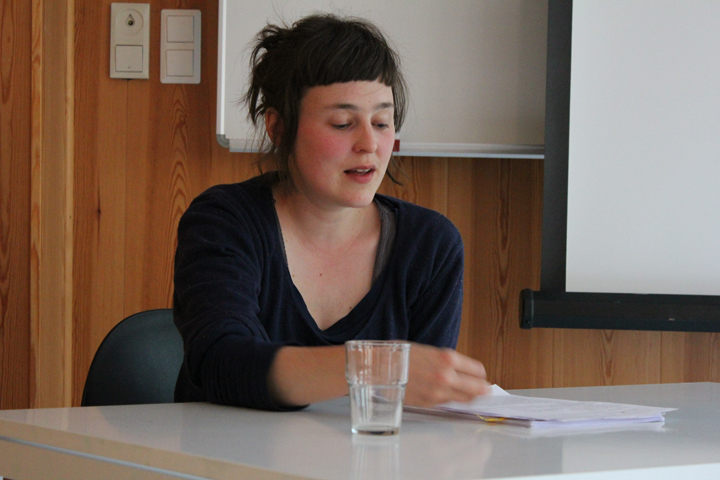 What did your stay at Messen mean for your artistic work?
Having time to work on my artistic project. Being in a place with other artists, in a silent but vivid place with a good working atmosphere. Finding a kind of a temporary home.

What were the results?
In autumn 2014 my novel, «Das Observatorium», will be published. A text on which I had been writing during several years, also during the two month at Messen.

What, if it did, did your stay mean for you in your artistic work and development?
The distance from my usual environment gave me the possibility to change some point of views, to reflect better my own work, but also to discover the work and the approach of artists I did not know before. I remember my time at Messen as a very focussed and intense period.

What did your stay do for your knowledge of Hardanger and Norway?
Before living in Ålvik, I did not know Hardanger at all. Thanks to the exchange with people from the village and the house, I learned a lot and had also the chance to participate on some celebrations. Also I got to know better Norwegian literature. I especially dedicated my reading and exploring time to Olav H. Hauge and Knut Hamsun which are around me with their books until today.

How has the stay influenced your contact with other artists?
Still now, I am in contact with a few artists I got to know during my stay at Messen. Some of them I met again. With another writer I keep in touch by letters.

Bettina Wohlfender (Switzerland) stayed for two months in Messen in 2012.